Anyway, we spent a very enjoyable day here and got quite a bit of exercise to boot.

The visitor center has restrooms, a gift shop, museum, and offers guided tours of the lighthouse. 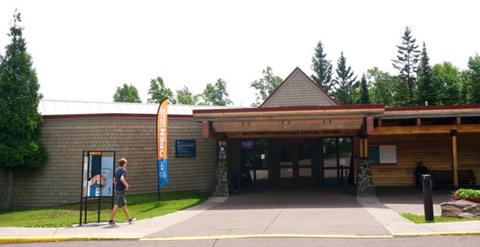 Just before I got to the entrance, I saw an anchor. I had to take a picture. Of course my granddaughter Chloe had to be in it, which is okay because it gives you an idea of the anchor’s size. 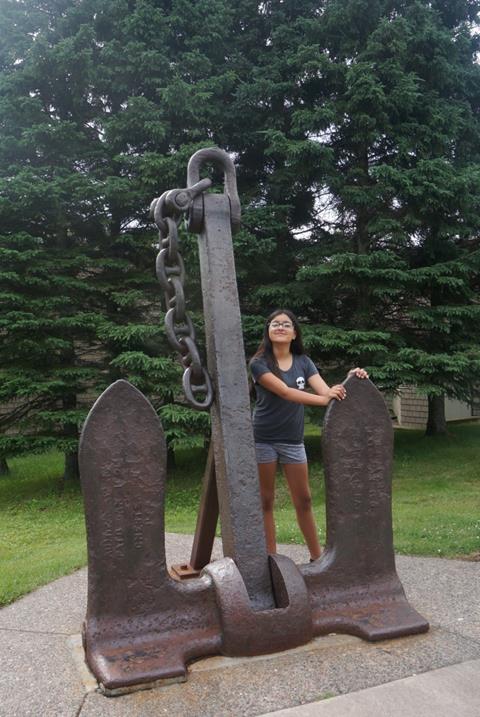 The anchor was salvaged from the 5000 ton steel barge, Medeira, which was tossed up against Gold Rock Point northeast of where Split Rock Light now stands on Nov 27-28, 1905. As the ship broke apart, one of her crew, Fred Benson, carrying a coil of rope, leapt to the rock and climbed the 80-foot cliff. Nine of her crew of ten survived by climbing the rope to safety. The wreck of nine ships, including this one, prompted the building of Split Rock Light.

I like reading and learning about shipwrecks too. Maybe it has something to do with Gordon Lightfoot’s haunting ballad The Wreck of the Edmund Fitzgerald. Maybe I’m just a little strange. I can accept that.

At the visitor center, you can only enter the restrooms and gift shop – separate entrances by the way – unless you pay a fee. The fee gets you into the museum, a guided tour of the lighthouse area, and the freedom to roam the grounds, all of which we did to our hearts content.

Thankfully, they had a very good map of the site and we made good use of it. 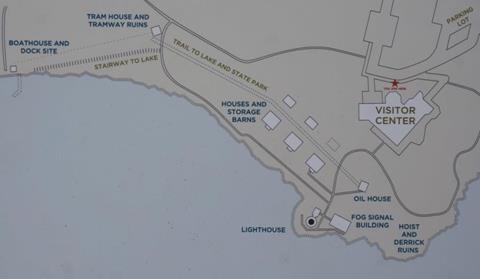 In the museum we encountered, yet again, another item salvaged from the steamer America. This time it was a life jacket. This ship links so many of the places we visited together.

The tour started at the visitor center, and took us to through the lighthouse and one of the light keeper’s homes.

The best view of the lighthouse is from the shore, which meant schlepping down about a hundred or so steps to the boathouse. Very picturesque, no?

The light itself is a Fresnel lens which focuses the light into a tight, high intensity beam visible for miles. My nerdy side has to work hard not the dwell on the details on how this works. You’re welcome.

The mechanism that turns the light is still operating, so I watched it slowly rotate in its housing, imagining a ship’s crew nervously searching for its welcoming beam.

No lighthouse would be complete without a foghorn. I didn’t realize until then that an entire building was needed to produce that soulful sound. I may be (selectively) hard of hearing, but I don’t think I’d have any trouble hearing that! 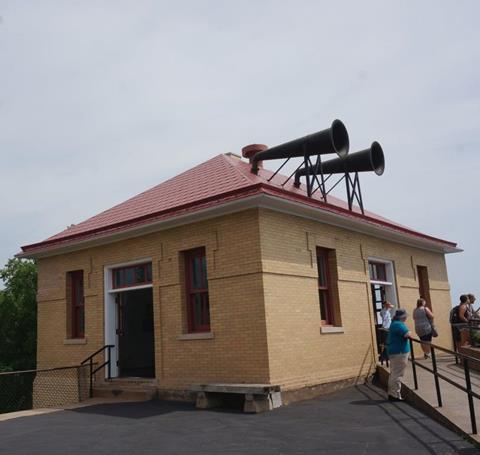 There were three light keepers and we got to take a peek in one of their homes. I thought they were quite nice, cozy, and relatively spacious. Lots of modern conveniences too, like running water and indoor plumbing.

The light keeper’s home office was cozy and the view from his desk must have been great, at least when the weather was good. 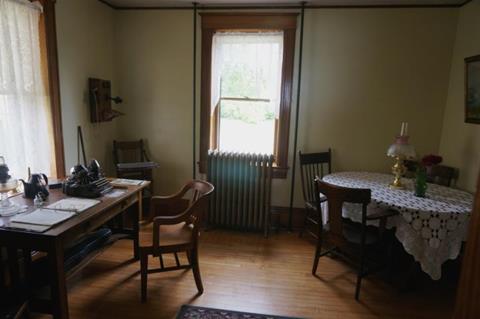 Personally, I could see myself as a kid and living here, even if it was isolated. Needs more books though. The baseball gloves on the bed tell me this was a boy’s room. Retrieving a ball that rolled off the cliff would be a mite difficult. 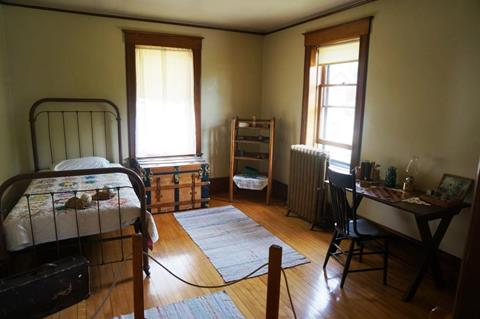 The view of the lake from the lighthouse was spectacular. I took one shot looking north.

And one looking south.

On our self-guided tour, we took all those steps down to the boathouse and, while we older folks were catching our breath, Chloe had to show off her perfect gymnastic form. But, hey, I can still touch my toes! On a good day. So there!

All this touring and walking worked up an appetite, so we went to Betty’s Pies for lunch and, uh, pies. We took two home – one mixed berry, which turned out to be the family favorite, and a S’mores pie which was way too rich, so Grandpa had to make the ultimate sacrifice and eat it by himself. I had to, to make room in the refrigerator.

This entry was posted in Museums, Parks, Restaurants, Walking Tours and tagged Minnesota. Bookmark the permalink.