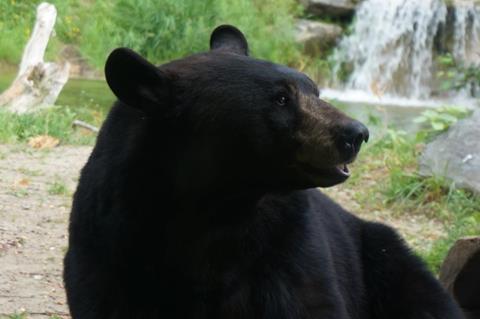 One of the ambassador bears

The American Bear Center in Ely, Minnesota wants you to know that bears, especially black bears, are not the vicious animals – reared up on hind legs, teeth bared, claws splayed, out for blood – they are portrayed as in films and by taxidermists. That’s what hunters would like you to think. I’m not against hunting but it’s not the life and death struggle we are led to believe. Filmmakers want to sell theater tickets, not reality. So bears have a bad rep.

We spent an enjoyable day at the center learning about and watching black bears. The orphan bears we saw were brought to the center as cubs and raised there. They appeared healthy, well cared for, and to have a fair amount of space to roam around in.

But while the center did an excellent job putting bears in a positive light, they are still wild animals and need to be treated with caution and respect. No pouring honey on your kid’s hand so you can get a picture of a bear licking it off. (If the bear harms your kid, someone should be euthanized and it’s not the bear!) No feeding the bears. No getting between a bear and her cubs. (Would you calmly let a bear get between you and your baby? I didn’t think so.)

A deck stretches across the back of the visitor center where you can watch bears being, well, bears. The handlers engage the bears by placing bear treats throughout their enclosure. They do take their sweet time searching for the treats though. These animals do not move fast, although they can run up to 30 miles per hour. Usually when scared half to death by a human.

I watched this bear treading beside the creek, being very careful not to get his feet wet. 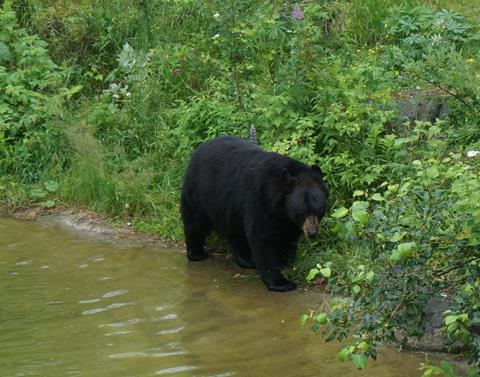 A short while later I saw him perched on top of a waterfall and looking quite worried about all that water. But a treat lay in front of his nose and he was determined to have it. 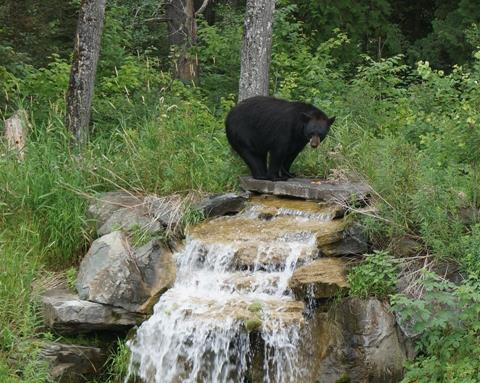 Precariously perched on a waterfall

The bears are weighed every day. But how do you get them onto the scale? With bear treats of course. The handlers attract the bear they want to weigh, place a paper bag of bear treats on the scale, then wait for the bear to get on. It might take a while. These animals rarely appear to be in a hurry.

This one seemed to be a little disappointed that there’s no bag o’ treats for him. I’m pretty sure he got it though. 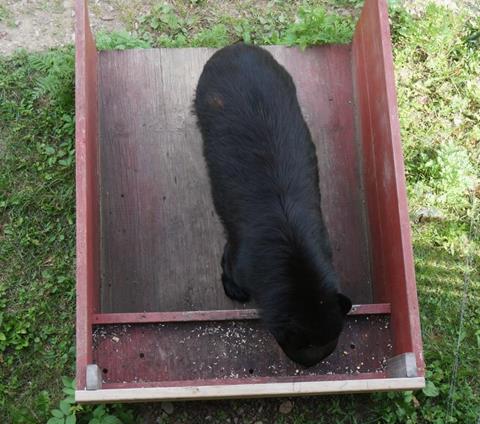 How weigh a bear

We watched another bear take his “bag lunch” and slowly poke through it like a picky toddler. 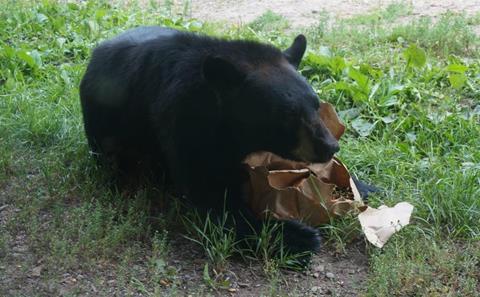 Admission to the center got us a behind a scenes tour of the bears’ living quarters. The handler used unshelled peanuts to entice this bear to come to the fence. (I don’t think this fence would stop a bear determined to get out.) He gently took each offered peanut in his mouth, carefully shelled it, and spit out the shells. That’s an impressive trick if you ask me. That pitiful look is because no more peanuts are coming his way. 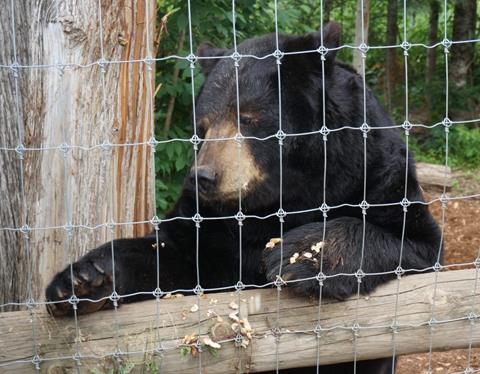 May I please have another peanut?

Inside the center, there’s a wealth of information about black, brown, grizzly, and polar bears although the focus is on black bears.

They also have some very nice dioramas of animals in their habitat. I thought this one was particularly good. 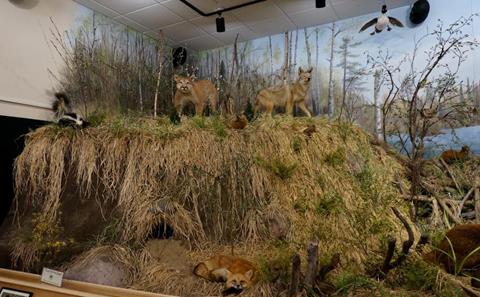 One of the museum exhibits

People often exaggerate the various risks of being killed. More Americans are killed in car accidents than in terrorist attacks. Yet we fear the terrorist more than our own cars. Why is that?

So let me leave you with some food for thought.

For every person killed in the United States by a black bear:

This entry was posted in Museums, Nature Notes. Bookmark the permalink.