Who here hasn’t heard of Tabasco Sauce? I expect the answer is very, very few. Well, EVERY bottle of Tabasco Sauce that you have ever seen in person or movies was bottled on Avery Island in New Iberia, Louisiana. This is another of the long lived family owned and operated businesses. It passed from father to son to cousin to son and is still in the family today. The family controls the land and mineral rights which include a working salt mine and oil drilling as well as the Tabasco Plant, residential area and Jungle Gardens. At one time they also had an oyster fleet that operated out of the Bayou that circles part of the “island.” Edward McIlhenny was an amateur naturalist and started the Jungle Garden, then added to it… a lot.

Avery Island is not totally surrounded by water so it is not a real island. It is a Salt Dome that rises to around 160 feet above sea level and is surrounded by the flat fields and swamplands of southern Louisiana. This means it hosts flora and fauna that are not normally found in this area. The Salt Dome is one of five evenly spaced mounds that start at Jefferson Island and flow down to the Gulf of Mexico. They didn’t have information as to WHY the salt domes are evenly spaced or even exactly how they were formed. Inquiring minds might want to look that one up. You can actually see some of the salt domes on Google maps. 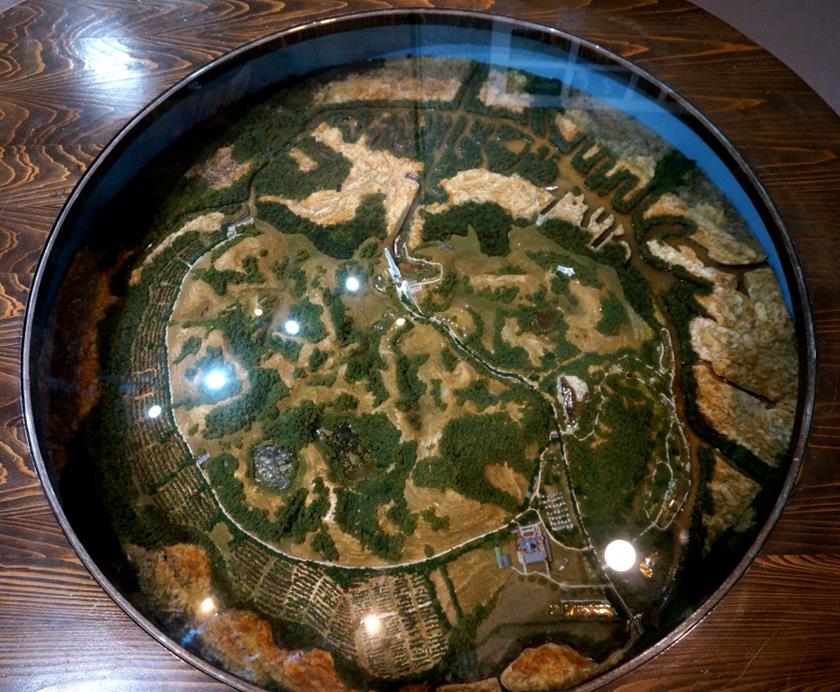 We chose to do both the self-guided Tabasco Plant tour and entry into Jungle Gardens. With lunch at their restaurant, we were happily occupied all day. 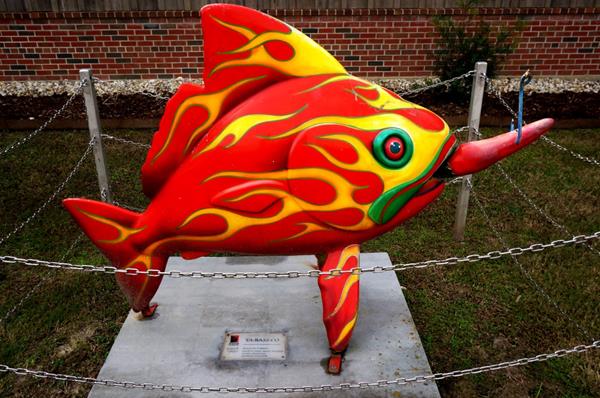 Tabasco Plant Tour – There are ten stops on the tour, you can take as long as you like, do them in any order, or skip some:

This is a huge, beautiful garden with a few walking paths and lots of benches. You can also walk or bike the 3 mile loop road. They rent bikes at the very nice garden themed gift shop where you come in. We were off season for most plants but the Camellias were just starting to bloom. Edward McIlhenny loved the Camellias and collected them and created new cultivars. At one time he operated a wholesale nursery where he sold the plants. Part of the nursery is still visible. We thoroughly enjoyed strolling along the rows of large Camellia bushes and checking which ones had the strongest scent (the simple white ones).

You will also find dozens of species of bamboo. This was a cooperative effort between E. McIlhenny and the USDA. There are plant signs here and there but no comprehensive map (understandably) so you don’t always know exactly what plant you are looking at. One stand of bamboo holds the honor of being on their tour map. It is the Timber bamboo which was imported from China and grows a FOOT a day. It is fully grown in 65 days. I love bamboo and don’t understand why we don’t grow it in more places as a substitute for so much little stuff made of wood. It is seriously sustainable; it’s a grass; it is strong; it is rot resistant; it grows fast… what’s not to love? I wondered why they didn’t harvest any of it at the gardens. I could see numerous fallen “logs” of bamboo just waiting to be put to some use (sorry, getting off the soapbox now.)

The Japanese Garden area has a Buddha that is believed to be over 900 years old. It was a gift to Edward from friends that found it in a warehouse in New York and shipped it to him by train. He built a little shrine for it to be housed in and landscaped the area with lily ponds, paths, stone bridges and red entry gates. They say the local Buddhist community holds ceremonies there and I’m sure it is popular as a wedding photo venue.

E. McIlhenny experimented with different arrangements of plants and created drives lined with bamboo, live oak and holly and built a wisteria arch over the road – all of which are very cool to drive, bike or walk through. He also created what he called “Bird City.” Snowy Egret populations had been decimated when they were hunted for their plumes for ladies hats. Edward built a HUGE aviary and hand reared several egret chicks then released them to migrate in the fall. He was thrilled when they returned and made their home on Avery Island as egrets have done for each year since. Anyone who has been in Southern Louisiana knows that the population is healthy again. They’re like southern pigeons – they’re everywhere! There were no birds in Bird City while we were there but we saw a snowy egret and a brown pelican chilling on the bank of the Bayou and one egret posed for John on the marsh trail.

Come spring, the garden will be alive with color and thousands of birds will have migrated back to the area but even without the added garden “bling” we thoroughly enjoyed wandering through it now.

If you can’t make it to the gardens or are planning a trip and want to know what you’ll find there, they have a cell phone tour. Dial 337-606-4063 and choose stop numbers 1 through 15.