We had several friends hanging out in Phoenix for part of the winter so we wandered over that way. We didn’t have reservations and February/March make up a good chunk of extreme snowbird season for the Phoenix area. There are tens of thousands of people hanging out down here to escape the cold. Everywhere we looked was packed in with seasonal communities. Most have at least a few sites for “transients” like us and we managed to book a few nights in Apache Junction, spent a few nights in a casino parking lot in Chandler and shifted south for another week in Casa Grande. It all worked out just fine. We enjoyed good times hanging out and hiking with good friends. 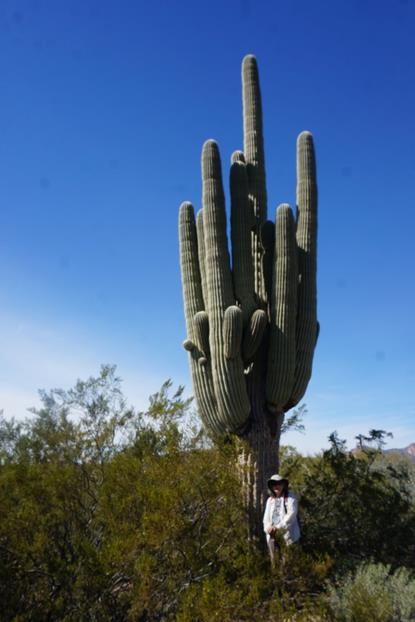 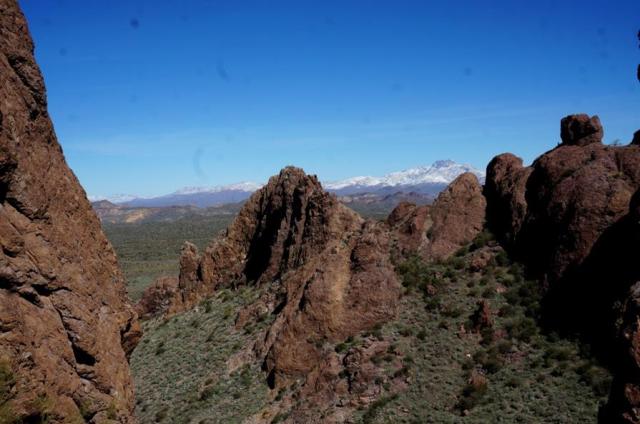 One highlight of our whirlwind tour of the Phoenix area was Organ Stop Pizza. We didn’t know anything like that existed. It is a MUST SEE for anyone passing through or staying near Mesa. They have a “Theater Pipe Organ” – which they say is the largest Wurlitzer ever constructed. You order and pay for your food (cash or check only), find a table, then pick up your food when your number comes up on a board. In the meanwhile, an artist comes out and plays the organ. It has almost 6,000 pipes and is hooked up to all kinds of instruments around the room that are controlled by the organ: xylophones, glockenspiels, drums, etc. Everything is hooked up to colored lights and your eyes just dance around the building over and over before returning to the artist and the organ on the stage in the center. It is astounding! Check out their website at OrganStopPizza.com – very, very cool. There are pics and video clips on there. My dad played the organ and had a (much smaller) organ in our living room as I was growing up so I was excited to tell him about it. It probably shouldn’t have surprised me that he already knew about this particular organ and many others that are in Europe. An article I saw online said there are only three theater organs left in the US so get out there and see one before they are gone. Oh, the food was good too. Buy a pizza or pasta, maybe a pitcher of beer, then hang out and enjoy!

Once we shifted down to Casa Grande (the city), we caught up on chores, laundry, blogging, etc. We were at Arizona Village which is a nice over 55 community with really friendly people. We joined the regulars for game night and got them totally addicted to “Pass the Pigs.” This is one of the small games we carry in our game box. It is quick, easy to learn, easy to play, and cute. They liked it so much they made us promise to come back to the community center and play again the next night and several of the people we played with were ordering their own game. WHO KNEW tossing pigs would be so popular? I think one of the ladies was looking for us the third night but we stayed hidden inside with our little piggies as we had an early start in the morning and couldn’t go out carousing. 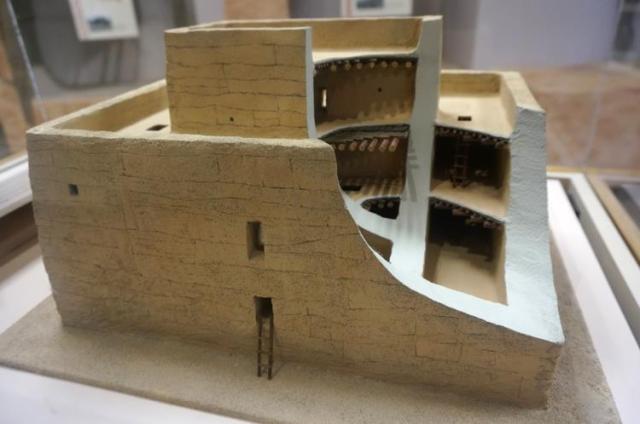 While we were camping in Casa Grande, we hit up some of those Phoenix snowbird friends and met up for a day out at Casa Grande Ruins (which are not in Casa Grande… oh well, they were close enough). The big draw here is “The Big House” which was a four story adobe building that was the centerpiece of a community. These desert dwellers relied on the nearby river to provide water for agriculture. They dug lengthy irrigation ditches and channeled the water to many settlements in the area. The Casa Grande Ruins have been protected and have enough walls that you can get a good sense of the layout of the walled compound.

We watched the movie and moved right into a tour. Our guide was very informative about the people and plants of the area and the history of Casa Grande. When we approached the covered structure we realized there was a Great Horned Owl watching us from the steel beams overhead. He was watching over his mate who was nesting IN the ruins. We were able to just see here ear tufts through one of the breaks in the wall but she was sitting on the nest and was not about to come out for a photo shoot. 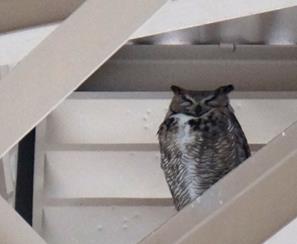 We enjoyed their visitor center and the ruins then went in search of food. We hit a little hole in the wall called Tag’s Café that had really good food. If you wind up wandering that area, check them out. They were packed with locals which we always take to be a good sign.