We spent a week at the Fort Pickens Campground which is part of the Gulf Islands National Seashore. We’d been here once before and enjoyed it enough to come back.

I recommend that you download and install the NPS app. You can then search for and explore any National Park. Some parks have done a better job than others in providing information. This park’s information was excellent.

Beginning in the mid-1500s, Spain, France, and Britain, joined much later by the new United States, competed for dominance in the Gulf of Mexico. In 1821 Spain ceded Florida to the United States. In 1845 Florida became our 27th state.

The 16 stop self-guided walking tour (dotted yellow line on map) was excellent. At each stop we used the NPS app to learn about the fort’s construction in the early 1800s, its armaments, how it was defended, and how the soldiers lived.

Under the direction of US Army engineer, Capt. William H. Chase, building the fort took five years and the labor of hundreds of slaves. Rather ironic that we used slaves to help defend our freedom, don’t you think?

There are plenty of opportunities to explore the fort’s architecture. One of the more interesting architectural elements was the double arch, which better supported the weight of the fort. 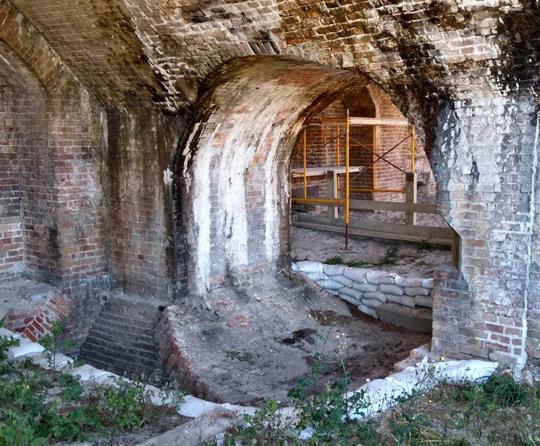 While the fort’s thick brick walls protected it from land and sea-based artillery fire, the fort’s design also protected it from attack on land. The main architectural feature for that purpose was the counterscarp (see left side of map above). Attackers had to scramble up, over, and down the counterscarp only to be faced with a charge over open ground to the fort itself.

During the Civil War the largest cannon deployed here was a monstrous 15-inch Rodman smoothbore that weighed 50,000 pounds and could toss a shell up to 3 miles.

The end of the Civil War did not end the fort’s usefulness. On June 20, 1889, a fire broke out near a gunpowder magazine. Attempts to fight the fire failed and at 5:20am 8,000 pounds of gunpowder exploded.

Surprisingly, there was fresh water to be had on the narrow barrier island. With up to 60 inches of rain falling each year and because fresh water is less dense than salt water, that rain water floats on top of the salt water forming a pocket of fresh water called a lens.

A park side road loops you past several coastal batteries but I decided to walk from the campground so I could get some much needed exercise.

One reinforced concrete battery, Battery Pensacola, was built in the middle of the fort. A total of ten costal batteries were built here in the early 20th century to protect Pensacola and were used through World War II.

Battery Cooper had a pair of “disappearing” 6-inch rifles. When the guns were fired, the recoil lowered them below a concrete wall, offering better protection for the gun crews while they reloaded the guns.

Battery Payne contained a pair of 3-inch rapid fire rifles. None of the batteries here ever saw combat. However, a gun crewman was killed here during a practice firing in 1922. His was the only fatality caused by the batteries built here.

Signs at the various batteries described the soldiers’ lives, the endless drills, how the guns were targeted, and the types of guns used.

We spent quite a bit of time hiking along the Gulf and bay sides of the island as well as through the middle of it.

The gulf-side beach was gorgeous and we both enjoyed strolling on it.

I loved watching the snowy plovers. They would scramble up the beach when a wave came in then follow the surf back down, frantically jabbing their beaks into the sand to grab morsels of food. 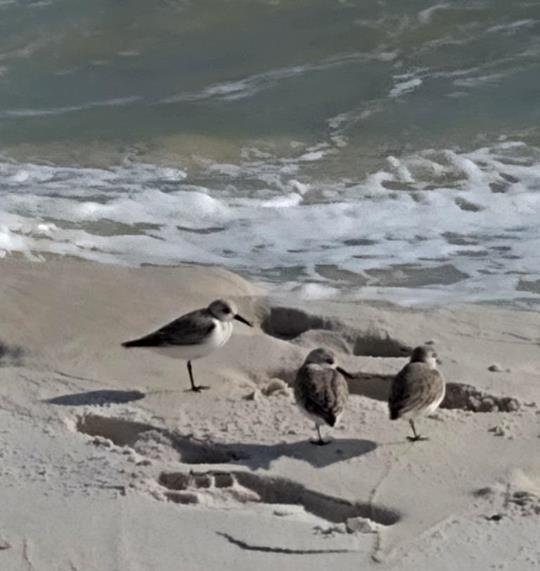 On our hike across the midsection of the narrow barrier island, we caught sight of quite a few Great Blue Herons that were in the process of building their nests high up in the trees.

Capt. Chase, who managed construction of Fort Pickens, owned the Chasefield Plantation. When the Pensacola Naval Air Station acquired the property the plantation’s cemetery was relocated to the island. I don’t know what it is about old cemeteries but I find them fascinating. 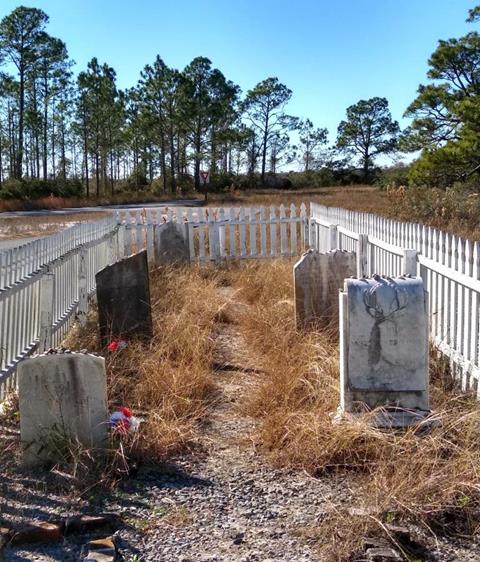 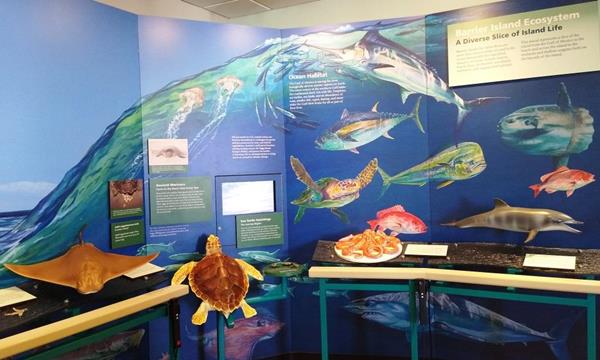 If you decide to come to Gulf Islands, don’t forget to budget some time for the Fort Pickens Museum. It’s not just about the fort or the coastal batteries. You’ll learn about the island’s environment, ecology, habitats, and ecosystems, including the effects of sea level rise on Santa Rosa Island.

The museum also covered the human history of the island, which goes back more than 5,000 years.