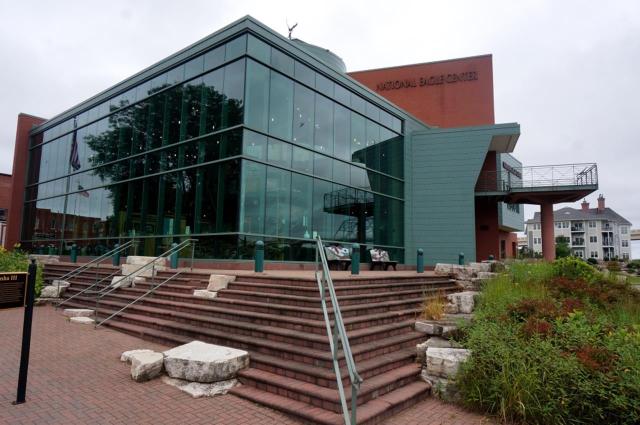 Our next stop was a short drive south along the Mississippi River to Wabasha. This is a cute little town where the National Eagle Center can be found. Another claim to fame is that it is the town that the movie Grumpy Old Men was set in.

By now you’ve probably figured out our summer trip was about the National Parks and critters. Eagles are pretty cool critters. The Eagle Center has several “ambassador” eagles that you can get within about five feet of in their eagle room. They are tethered and have perches and water and room to move around. There is a very short wall between you and the eagles to keep people from getting too close but that’s it. No screens, no glass, just air.

The eagles are brought out in the morning and spend the day in the room watching the people come through. They all have injuries of some sort that prevented release so they’ll live at the center and go out for traveling programs to schools and such. They have an outdoor enclosure they enjoy but it was not used while we were there. 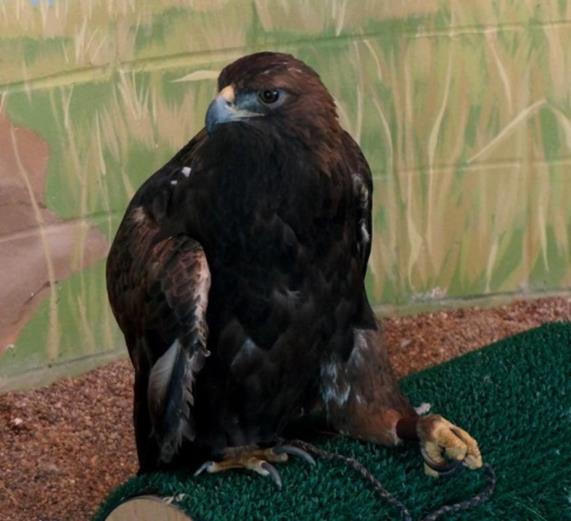 We attended a program where one of the eagles is brought to a conference room, the handler gives a talk and the eagle is hand fed. We were early and got front row seats. This put us about three feet from “Angel” when she came out. She was big and she was beautiful. The handler comes out alone first to explain the rules. There are a lot more rules for the front few rows which included no fast moves, no standing up, don’t wave or yell or otherwise startle the eagle, etc. There were also warnings like: sometimes Angel throws fish bits at you when she is tearing apart her food. Or, if she gets startled and flaps off her perch, she can wind up inches from the front row until she is lifted back up. If that happens they’d like you to avoid running and screaming from the room. OK… uh, cool. We’re staying. Some people immediately moved all the way to the back of the room. (Wimps).

It was awesome being that close to an eagle. Angel was pretty chill. She knew the routine and patiently waited for the fish she knew was coming. She didn’t throw any at us which we counted as a plus. The handler did a great job. She is a retired lawyer that found her second career as a volunteer at the Eagle Center. She gets to play with eagles and loves it. How cool is that?

The center is right on the Mississippi and often has wild eagles you can watch from their viewing area or along the river walk that runs right outside their back door. They have exhibits on eagles and other raptors, a play room for kids with a puppet theater, the conference room (which also has some great exhibits), a film, and a gift shop with some really cool eagle gifts and clothing. They also have a display on the huge wildlife refuge that runs along the other side of the river. Wabasha has a bridge that crosses the Mississippi. If you’ve traveled along the river, you know it’s all about the bridges and where the next crossing may be. Free public parking can be found under the bridge and is a few blocks from the center.

If you are a fan of toys, games, carousels, putt-putt golf or ice cream, you have to hit Lark Toys just a bit south of Wabasha. They are right off the main road and have room to park an RV. Leave extra time for the visit, you’ll need it.

Lark Toys is a toy store with rooms and rooms full of toys, games, puzzles and books. You can get a map when at the front counter. They also make their own wooden toys and, if they are creating while you are there, you can watch them work through a viewing window. They have old fashioned toys, modern toys, educational toys, science toys and more. One entire room is a book store… yes, we bought books. We are weak.

Caption: One of MANY display cases

Lark Toys is a toy museum. They have a hallway lined with floor to ceiling display cabinets with thousands of old and antique toys. You’ll go from window to window saying “I had that” and “I remember those”. Chloe asked “Which was your era?” A man walking by overheard her, cringed, and said “Ouch!” It didn’t bother us. We simply answered “All of them.”

Lark Toys has a snack bar and sweet shop. They have snacks, meals, beverages and ice cream. They have a candy shop with old fashioned candies. Chairs and tables are scattered around the carousel so you can admire it and listen to the music while you eat.

Lark Toys is an amusement park. They have a gorgeous hand carved wooden carousel – inside the building. Each animal has an information card along the outside rail explaining the different parts of the carving. There is also a putt-putt golf course just outside. And somewhere, when they aren’t hiding in their hut, there are llamas. 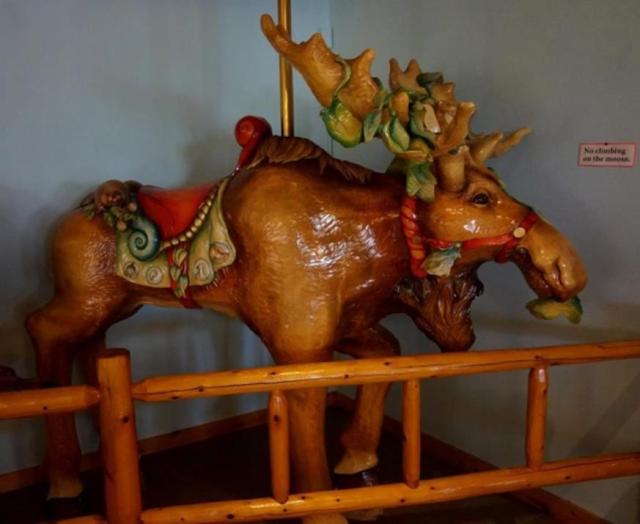 We left moose country so we were surprised to find yet another moose… and what a gorgeous moose it was. The carvings were amazing. There are so many tiny details on each piece.

Our trip to Lark Toys was a success. We wandered, we shopped (books, game, thinking putty), we reminisced, we ate ice cream, we played putt-putt and Chloe rode the Carousel. A good time was had by all. 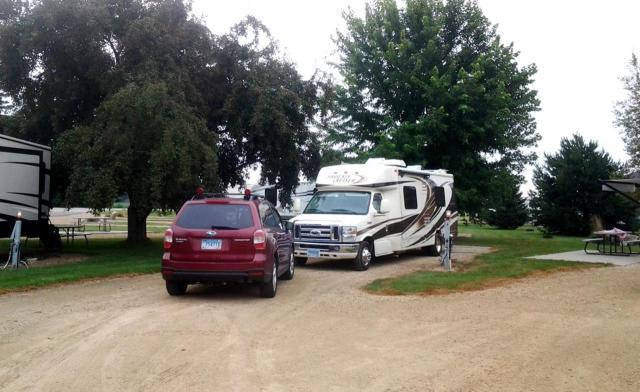 While touring Wabasha we camped at the Big River Resort. They have a hotel and campground so they can accommodate just about anyone. This was a nice place to stay with very helpful staff. It is right on a main road, surrounded by fields and is nowhere near the river so don’t be confused by the name. We were about five minutes out of town. There is a paved bike path across the front that runs into town, an excellent new shower house and very clean laundry facilities. The campsite was large with grass and trees (we asked for trees). Some sites are full sun with clear sky for satellite dishes.

This entry was posted in Campgrounds, Museums, Nature Notes and tagged Minnesota. Bookmark the permalink.