Big Bend West Side, Cottonwood Campground, Study Butte/Terlinqua and Beyond

You don’t know how nice that is until you spend a week with this roaring noise for twelve hours each day. Luckily we were out hiking most of the time but we had a few “camp” days and every minute we were in camp at the Rio Grande Village, smelly generators played a raucous symphony that pounded our eardrums. Even on days we would have liked quiet time in camp, we tried to find somewhere else to be where we couldn’t hear the noise.

Cottonwood Campground is quiet but it is not for everyone. As stated, they do not allow generators AT ALL. They do not have a dump station. There is pretty much no cell phone reception. What you get is a nice quiet campsite with big Cottonwood trees along the Rio Grande River in a location that allows you to tour the western half of the park without extra hours of drive time. We thoroughly enjoyed our stay there and spent most of our days out wandering the park. Our time in camp was thoroughly enjoyable. We listened to the sound of the resident Great Horned Owls, watched colorful birds flit from tree to tree, walked down to the river and generally hung out with friendly, happy, QUIET campers. So nice.

The star of the west side and the “don’t miss” item everyone will tell you about is Santa Elena Canyon. She is a beauty. The Rio Grande cuts through this massive rock wall to make Santa Elena Canyon. The left side in the picture is Mexico and the right side is the United States. The canyon trail is 1.6 miles out and back and takes you in far enough to feel the depth of the canyon and see the towering walls rise around you. There are concrete (yes, concrete) switchbacks with railings that take you up at the beginning of the trail but they have a gentle slope so most people can handle it. We were not lucky enough to see any rafters or kayakers actually going through the canyon but it is the most popular river trip in the area. Outfitters in Study Butte (pronounced stoody byoot), Terlingua and Lajitas (La-hee-tahs) can be hired to take you on a two day trip through the canyon or you can do the “boomerang” trip which means you paddle up river a distance, then turn and paddle back out. This is popular during low water conditions as the river barely seems to flow (see comments in first Big Bend blog about pitiful flow of Rio Grande River) and it can be completed in one day (or two if you want to camp up canyon).

The road that runs down the west side of the Chisos Mountains toward Castolon and Cottonwood is called the “Ross Maxwell Scenic Drive.” It has many pull offs and several stunning view points that can be enjoyed by everyone even if you don’t want to hike in the desert. There are several short hikes along the way that we highly recommend: 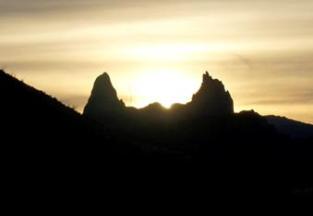 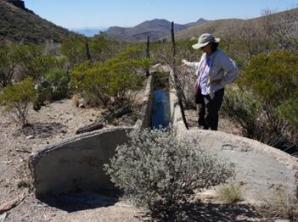 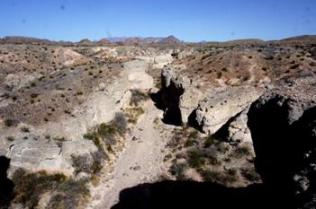 We drove Old Maverick Road which is a moderately rough dirt road that runs near the western edge of the park and can be combined with the Ross Maxwell Scenic Drive to make a BIG loop. We wouldn’t do it again. The Subaru had no problem but 21 miles of washboard road with numerous crossings of rugged washes was enough for us. People we met recommended we do that route and take the side road to Terlinqua Abajo so we could see the ruins of an entire farming community that supplied produce for miners and ranchers between 1900 and the 1930s. The ruins still sit down along Terlingua Creek. The ruins were cool but hard to find (across the creek to the left of the mounded area, then walk away from the creek for a bit and up the rise). The road in was BAD. We were partly sideways at times and crawling along trying not to tear out the bottom of the car. There was someone camping at a primitive site way back in there and we were surprised when the guy popped out of the brush along the creek and proceeded to help us find the ruins. He kept trying to get us to go farther and farther back among the ruins to see something else. John thought he was just a lonely guy. I thought he was a little off and maintained my distance. Once we were safely back on the “main road” we relaxed and checked out “Luna’s Jacal” where a man lived for many years and raised his family in his little hut. We ducked down in to check it out and found someone’s little teddy bear propped up on a rock. Somewhere, some little person was missing that bear. The last primitive site we passed was called “Rattlesnake Mountain” but with a name like that, we felt absolutely no need to go exploring there. Note that the condition of this road, and all dirt roads in the park, is determined by recent rains and when they last graded it. There are times it is totally closed off with gates.

Our little book (and some campers we met) told about a hike with hundreds of pictographs. You have to exit the park, drive into Study Butte, then take Indian Head Road back into the park. Drive to the end of the road and you’ll find an NPS sign at the start of the hike. We wandered back and checked out the pictographs chipped into the red rocks. You have to wander a bit and check all sides of the massive rocks. We saw kids crawling around on the higher ones and shouting when they found a pictograph. We stayed on the flat ground and saw quite a few. We walked until we found what we assume to be partial ruins of another ranch. There is a concrete water basin catching the flow of a spring coming out of the rock wall as well as other concrete and wire bits. There were birds and critters hanging out at this mini oasis. On Google Maps it is labeled Indian Head Spring.

Another “must see” that rangers and fellow campers told us to do is drive Route 170 to Presidio. We are going to go against that advice and tell you to drive only “Part Way” to Presidio. You exit the National Park on the west side and head down to Lajitas. Here you visit the Barton Warnock Museum Environmental Center which is the Big Bend Ranch State Park visitor center. You can tour their information center and pay your park entrance fee here. Then we recommend you drive approximately 22 miles to the Closed Canyon trailhead and HIKE IT (see below). Then turn around and go back. There is stunning scenery on those first 22 miles. But shortly after the closed canyon hike you are driving through mile after mile of ranchland on the way to Presidio. You saw all that driving into Big Bend. If you want to see more, keep driving the other 30 miles to Presidio. 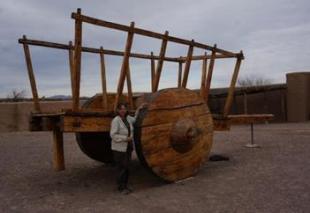 One notable exception to this shorter drive is if you are into history (another is if plan to cross the border). For history buffs, there is the rebuilt Fort Leaton. This was a trading post on the Chihuahua Trail from 1848 to 1884. It transitioned to a residence, was eventually abandoned and finally was acquired by Texas Parks and Wildlife who did the restoration. Most of the walls have been restored. It houses an exhibit area and many of the rooms are furnished as it would have been during the family’s occupation. Pay attention in the exhibit room. There was a group of men that settled this area and they pretty much killed each other off until one was standing and took over the trading post. Your State Park Entrance Fee covers you here. Just show your receipt so you can wander and learn without paying entry fees again. If you have the Texas State Park Pass, you get into the park and museum for free but still need to stop at one or the other to get your receipt showing you’ve “paid”.

Closed Canyon – This approximately 1.4 mile roundtrip takes you through a narrow slot canyon whose walls rise 150 feet on either side. You can go all the way to the Rio Grande IF you can get through the pools of water and huge boulders farther along the trail. Our little guidebook recommended turning back when you were no longer comfortable. We did. It was a beautiful canyon that seemed to end over and over again as you walked. It looked like a dead end, you walk farther in and there is a turn that faces another run that looks like a dead end… and so on. We marveled at the spider web crystals that formed in the cracks in the rocks. They were very cool. We walked a long way before we hit a deep pool that went from wall to wall and had slickrock along the canyon sides. It was jump in (and hopefully be able to get back out) or turn around. We turned and wandered our way back up the canyon. 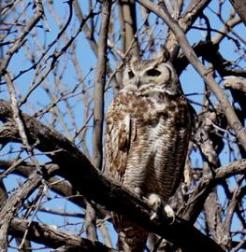 Critters: Great Horned Owls (a pair nests in or near Cottonwood Campground), Coopers Hawk (dead… invaded territory of nesting great horned owls), Javelina (spotted on the Route 170 drive near the highest point). A fellow camper saw a bobcat in camp down by the river but we never saw any. Another roadrunner was zipping around when we hiked though so that was cool.

Food: For grocery shopping we found almond milk, whole grain bread, and chips and salsa at the little camp stores in Big Bend NP. They have mostly trail type food with a bit of everything else… and big wine/beer/beverage coolers. It’s easy to see what most people run out of and need to restock. We also stopped at a nice little grocery in Study Butte called Cottonwood General Store. They had most everything you’ll need and we were surprised to see a lot of organic and higher quality cereals and foods than most small town stores. They have fresh and frozen meat, dairy, eggs, produce, pharmacy items, and more.

Campgrounds with full hook ups: Rio Grande Village Resort (in the park, run by concessionaire), Stillwell Ranch Store and RV Park (7 miles from northern park entrance with many more miles to get to most things in the park), several in Study Butte, at least one in Terlinqua Ghost Town, some in Lajitas – one is a “resort” with expensive golf course, restaurants, pools, etc. People that stayed there told us they loved the location but only drove into the National Park twice because it was just too far so they’d have to come back to see the park another time.